Zenprov Comedy:
A Funny Thing Happened
on the Way to the Vortex!

Zenprov Comedy performs their completely improvised show “A Funny Thing Happened on the Way to the Vortex!” on Saturday, May 28 at 7:30 p.m. at the Mary D. Fisher Theatre in Sedona. Tickets are $15. Don’t miss out on this Sedona favorite, now celebrating their twelfth year together!

For more than a decade, Zenprov Comedy has tapped into the rich source material that comes from living in a place steeped in spiritual seeking, small-town politics, UFOs, vortexes, radical vegans and tourists lost in roundabouts. While Zenprov Comedy may start in the New Age culture of Sedona, their otherworldly performances are grounded in the rock-solid fundamentals of quick-witted improvisational acting, inventive satire, and a constant search for meaning hidden inside the great Cosmic Giggle.

“Now more than ever, we need to laugh. It unites people as nothing else can, and the health benefits of laughter are woefully underappreciated. Besides being 50X more powerful than morphine as a natural pain reliever, laughter can stimulate organs, lower blood pressure, ease stress and boost the immune system. So please feel free to use your Health Saving Account to pay for your ticket. I am sure it’s legally deductible,” said Derek Dujardin, the director of Zenprov Comedy.

Joining Zenprov Comedy on stage will be special guest star Nathanial Montgomery. Montgomery is a professional life coach and has studied, taught, and performed improv acting for more than 20 years. “Nathanial has big, playful energy and loves to take risks on stage. I love playing with him, and I appreciate the fresh approach he brings to characters and scenes,” said Dujardin. 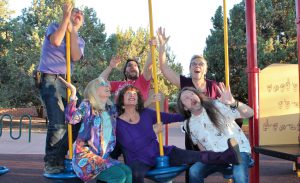 If you’ve never been to one of their live performances before, Zenprov Comedy is similar to the improvised TV show “Whose Line Is It Anyway?” The troupe performs a mix of fast-paced improvised scenes created in the moment based on audience suggestions. The troupe also does experimental, Chicago-style, long-form known as the Harold. Nothing is scripted or prepared ahead of time, unlike sketch or standup comedy, so it’s never the same show twice.

This will be Zenprov Comedy’s last planned public show until Fall 2022, so don’t miss it. The troupe will continue to work with their professional improv coach from Second City in Chicago to improv their skills and up their game.

Zenprov Comedy embraces the Del Close method of improv acting, which emphasizes the “group mind” that mysteriously develops during a performance. Miraculously, players’ minds fuse to create a “super mind” where they practically finish each other’s sentences—and often do. Laughter ensues.

Tickets are $15. Due to their local popularity, these one-night-only performances often sell out, so please purchase tickets early. Get tickets online at the BUY TICKETS link above or the Mary D. Fisher Theatre’s box office. 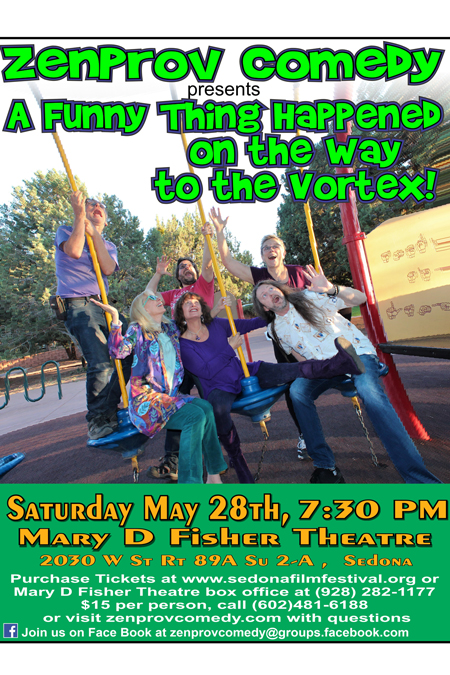