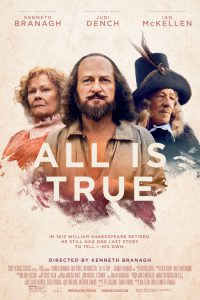 Festival presents Flagstaff premiere of ‘All Is True’ June 12

The Sedona International Film Festival is proud to present the Flagstaff premiere of the acclaimed new film “All Is True” on Wednesday, June 12 as part of the festival’s monthly Flagstaff Cinema Series. There will be one screening of the film at 7:00 p.m. at Harkins Flagstaff 16 Theatres.

“All Is True” stars Kenneth Branagh (who also directed the film), Judi Dench and Ian McKellen.

In 1613 William Shakespeare retired. He still had one last story to tell — his own.

Kenneth Branagh’s “All Is True” is a portrait of William Shakespeare during the last three years of his life, as he leaves London and returns to his family in Stratford-upon-Avon. The film follows Shakespeare as he strives to bridge the distance between himself and his wife and two daughters, recover from the loss of his son, and come to terms with his legacy as an artist.

Branagh and screenwriter Ben Elton start with the known facts about Shakespeare’s life during that time and attempt to fill in the gaps with what Shakespeare seemed to reveal about himself through his own writings. 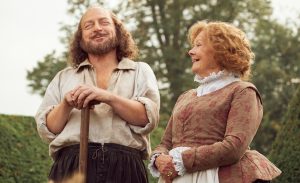 In 1613, after a devastating fire destroys the Globe Theatre during the first production of Shakespeare’s play “All is True” (“Life of Henry VIII”), a distraught Shakespeare (Kenneth Branagh) returns to Stratford. As he saw his family infrequently during his two decades working in London, his wife Anne (Judi Dench) and daughters Judith (Kathryn Wilder) and Susanna (Lydia Wilson) are surprised, but hardly pleased, to hear he now intends to stay in Stratford. Shakespeare, who is haunted by the death at age 11 of Judith’s twin brother Hamnet (Sam Ellis), attempts to ease his grief by planting a memorial garden for his son.

As the film progresses, the simmering tensions in the family that have been contained during Shakespeare’s absence, gradually surface. Anne, who felt humiliated by her husband’s public display of affection in his sonnets, is not pleased when the man who may have inspired them, and to whom they are extravagantly dedicated, the Earl of Southampton (Ian McKellen), comes to pay a visit.

“All Is True” is a labor of love for Branagh, who has been fascinated with the life of Shakespeare since his teens. He has assembled a troupe of Shakespeareans, ranging from legends like Judi Dench and Ian McKellen, to longtime veterans of Branagh’s plays and films, to a young generation of actors drawn from his theatre company. 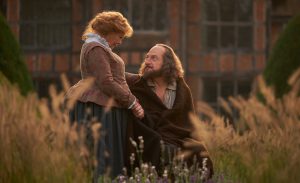 Just as Shakespeare used his brilliant imagination to create living portraits of kings and queens, Branagh and Elton present a multi-faceted and complex rendering of Shakespeare as a human being: a man with great creative strength, capable of sublime wisdom in his work, but an ordinarily flawed individual often struggling to apply those insights in his own life.

Told with warmth and wry humor, “All Is True” is a family drama, a detective story, and a quiet reflection on a life dedicated to art. Ultimately, it is the uplifting tale of a man who journeys from darkness and loss to a renewed appreciation of the richness and value of life, allowing him to play out his final act in peace.

CLICK HERE to order tickets for the FLAGSTAFF Premiere of “ALL IS TRUE” online.