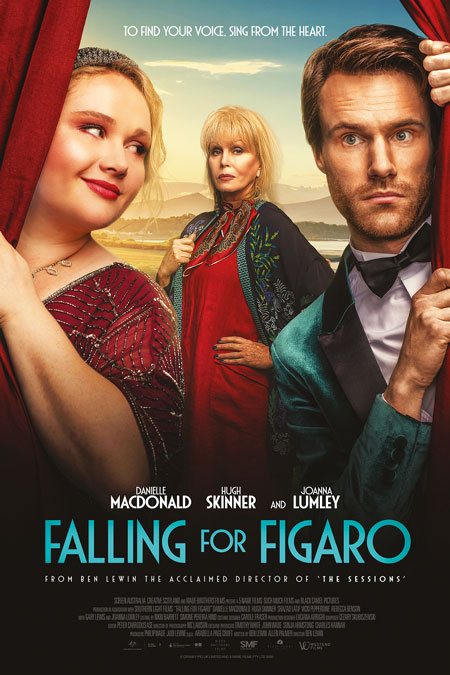 The Sedona International Film Festival is proud to present the Flagstaff premiere of the acclaimed new romantic comedy “Falling for Figaro” on Wednesday, Oct. 13 as part of the festival’s monthly Flagstaff Cinema Series. There will be one screening of the film at 7:00 p.m. at Harkins Flagstaff 16 Theatres.

London, present day. Millie (Macdonald) is about to turn thirty and has just been offered a big promotion at her respected hedge fund company. But to everyone’s surprise – including her long-term boyfriend Charlie – she turns it down. She wants to pursue her lifelong dream: become an opera singer. She hears about the upcoming “Singer of Renown” competition that, if she wins, could land her a role with a major opera company. 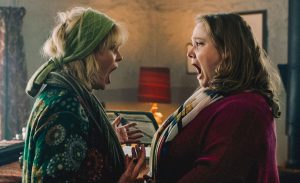 Leaving Charlie and London behind, she manages to land an audition with former opera diva Meghan Geoffrey-Bishop (Lumley), who is now the most sought-after (and most feared) singing coach in Europe. Meghan agrees to take her under her wing for a very strict year-long training in a secluded barn in the Scottish Highlands – no alcohol, no smoking and no visitors allowed.

There she meets Max (Hugh Skinner), part-time plumber and cook at the local pub, who also happens to be Meghan’s student, and is also training for the “Singer of Renown” contest.

What begins as a fearsome competition between the two of them soon turns into something more.

CLICK HERE to see a trailer of “Falling for Figaro” and to order tickets online.