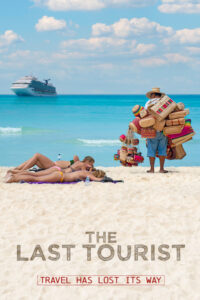 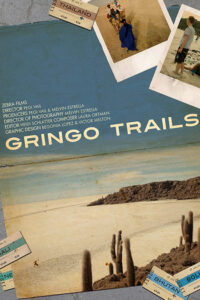 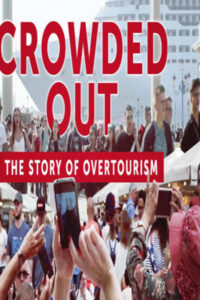 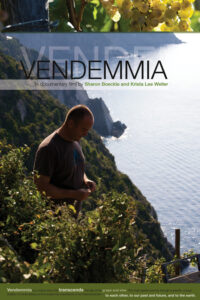 The Sedona International Film Festival is proud to present a four-week Sustainable Tourism Film Series. The series will run four straight Thursdays in September, starting on Sept. 8. Each screening will be followed by a panel discussion and/or filmmaker Q&A.

We’ve all said that Sedona is ‘unique’ among cities in Arizona, the U.S., and the world. But we’re not alone. Tourism, especially in destination cities like Sedona, is booming all around the world. Sedona has been ‘discovered’.

Tourism funds a significant share of the Sedona city budget, employs thousands of people, and provides a far greater selection of shops, services, and activities than a town of less than 10,000 residents could otherwise support. But tourism inflames many of the critical issues facing Sedona today.

Many in Sedona express fears and concerns about a declining quality of life. People cite negative forces like traffic congestion, high housing costs, and strangers filling our neighborhoods. Many believe that short term rentals have decimated the availability of rental housing, causing workers to leave. Crowded restaurants, slow service, and rising prices are common. Trailhead parking is difficult, and trails are overcrowded and trashed. Irresponsible all-terrain vehicle (ATV) operators damage the environment and cause noise and congestion problems. Everyone suffers as our doctors and teachers move away. Residents blame overtourism, and it’s hard to argue otherwise.

The Sustainable Tourism Series features films from around the world, and addresses tourism issues like ours. Perspectives from residents, visitors, and businesses are presented. We hope you come away knowing we aren’t in this alone, and there are solutions out there. Somewhere. 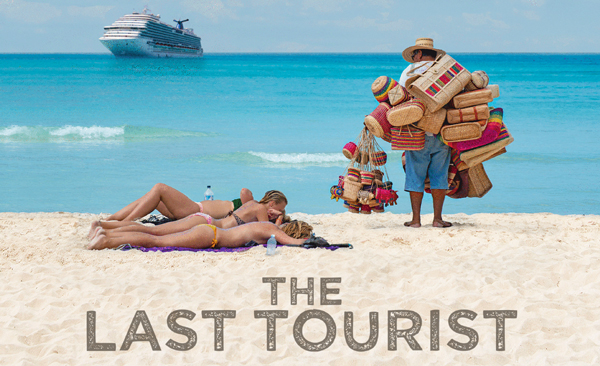 Travel is at a tipping point. Tourists are unintentionally destroying the very things they have come to see. Overtourism has magnified its impact on the environment, wildlife, and vulnerable communities around the globe. Filmed in over 16 countries and guided by the world’s leading tourism and conservation visionaries, “The Last Tourist” reveals the real conditions and consequences of one of the largest industries worldwide through the forgotten voices of those working in its shadow. The role of the modern tourist is on trial.

Prominent voices featured in the film include: Jane Goodall (founder of the Jane Goodall Institute), Elizabeth Becker (author of “Overbooked: The Exploding Business of Travel and Tourism), Costas Christ (Editor at Large of National Geographic Traveler) and Arnie Weissmann (Editor in Chief of Travel Weekly), among others.

The screening of “The Last Tourist” will be followed by a panel discussion with representatives of the film via Zoom and local speakers.

CLICK HERE to see a trailer of “The Last Tourist” and to order tickets online. 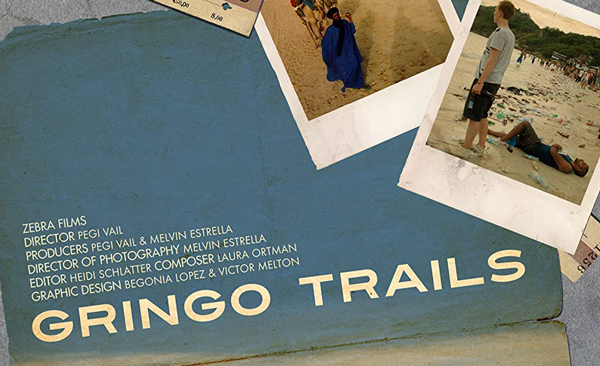 Is tourism destroying the world–or saving it? From the Bolivian jungle to the party beaches of Thailand, and from the deserts of Timbuktu, Mali to the breathtaking beauty of Bhutan, “Gringo Trails” shows the unanticipated impact of tourism on cultures, economies, and the environment, tracing some stories over 30 years.

Spanning South America, Africa and Asia, the tourist pathway known as the “gringo trail” has facilitated both life-altering adventures and the despoiling of many once virgin environments. The film follows stories along the trail to reveal the complex relationships between colliding cultures: host countries hungry for financial security and the tourists who provide it in their quest for authentic experiences.

“We travel, initially, to lose ourselves,” says best-selling travel writer Pico Iyer; “and we travel, next, to find ourselves.” We travel for escape and for encounter, to challenge our assumptions and our limits, and to expand our visions of the possible. As dramatically as travelers are altered by new landscapes, values and belief systems, they also unavoidably alter the people and places they visit.

The screening of “Gringo Trails” will be followed by a panel discussion with representatives of the film via Zoom and local speakers.

CLICK HERE to see a trailer of “Gringo Trails” and to order tickets online. 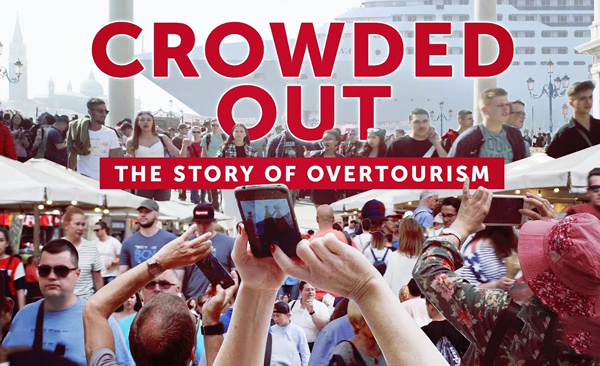 CROWDED OUT: THE STORY OF OVERTOURISM
Thursday, Sept. 22 at 4 p.m.

Overtourism occurs when there are too many visitors to a particular destination. When rent prices push out local tenants to make way for holiday rentals, when narrow roads become jammed with tourist vehicles, when tourists cannot view landmarks because of the crowds – these are all signs of overtourism.

And it is the backlash from local residents that has made overtourism news. Cities such as Barcelona, Venice and Dubrovnik, and places once thought of as remote such as Iceland and Skye have suffered firsthand, and the protests by local residents have spread.

There has been decades of virtually uncontrolled growth, and it has crossed a threshold: in many destinations, tourism now demonstrably creates more problems than benefits.

This special event will also include a selection of short films from “Sustainable Travel: Where Next?” This series includes short-form documentary films, featuring insightful stories from the global travel and tourism sector showing how they are driving sustainable travel and protecting these precious destinations.

Following the screenings, there will be a panel discussion with representatives the City of Sedona, the Sedona Chamber of Commerce, Keep Sedona Beautiful and the tourism and hospitality industry here.

CLICK HERE to see a trailer of “Crowded Out” and to order tickets online. 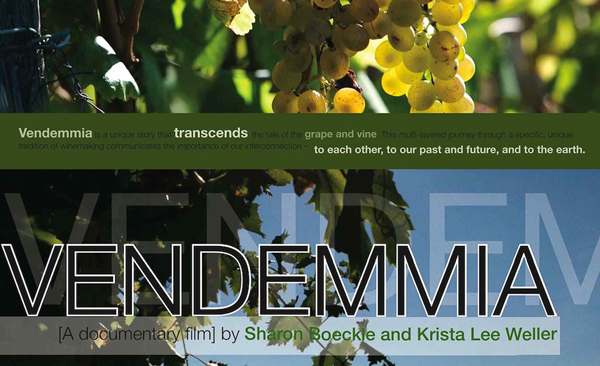 “Vendemmia” documents the efforts to balance environmental sustainability in the Cinque Terre of Italy amid ever-rising tourism.

In today’s modern world, when most everything is done with the touch of a button, an idyllic winemaking region on the coast of northern Italy called the Cinque Terre still makes wine by hand, as their ancestors have done for over 1000 years. But with fewer than 20 aging producers of the Cinque Terre’s rare, prized Sciacchetrà wine still in operation, and opportunities to make fast, easy money newly available to a population with a legacy of hardship and poverty, the citizens of the area needed a savior. In 1999, the Parco Nazionale delle Cinque Terre was established in an effort to save this dying world.

The documentary film “Vendemmia” tells the story of the Cinque Terre through the eyes of some of its extraordinary residents – among them 32-year-old Heydi Bonanini, a new generation winemaker using the ancient techniques and traditions of his ancestors in the fight to preserve his culture.

The screening of “Vendemmia” will be followed by a live Q&A discussion with the film’s co-directors Sharon Boeckle and Krista Lee Weller who will be in Sedona to host this special wrap-up to the Sustainable Tourism Film Series.

CLICK HERE to see a trailer of “Vendemmia” and to order tickets online.

Each film will be shown at the Mary D. Fisher Theatre. Tickets for each event are $12, or $9 for Film Festival members. For tickets and more information, please call 928-282-1177. Both the theatre and film festival office are located at 2030 W. Hwy. 89A, in West Sedona. For more information, visit: www.SedonaFilmFestival.org.