The Sedona International Film Festival brings our local residents and people from all over the world together to experience the arts in one of its most unifying mediums: film. We do this at our annual nine-day film festival event and all year long at our own Mary D. Fisher Theatre — our year-round arthouse theater venue. Our goal is to expand culture in Sedona and offer film-goers the chance to see award-winning new independent films from around the world that they may not otherwise have the opportunity to see.

We seek to broaden the understanding of the human condition, raise social consciousness, present thought-provoking film and dialogue, and inspire while we entertain. At the same time, we are committed to the educational process of taking our audiences behind the scenes and on the other side of the camera through Q&A discussions with filmmakers after the films and through our free workshops and seminars.  We contribute to the well-being of our community and enhance the quality of life for our residents by bringing Sedona a truly world-class festival, a year-round venue for independent films and cultural events, and an arts experience unlike any other. 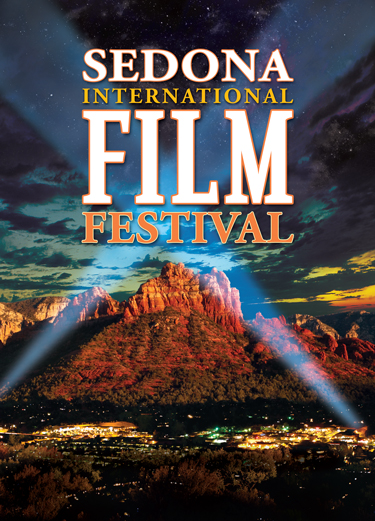 Our History
The Sedona International Film Festival was founded in 1995 as a project of the Sedona Cultural Park. A 3-day exhibition of independent film, the festival celebrated cinema from around the world and introduced the festival workshops as a way of teaching and inspiring the filmmakers of tomorrow.

In 2003, the festival became its own 501(c)(3) non-profit organization and began an expansion that included monthly programs, multi-week film series events and more. Gradually, the festival grew from a 3-day celebration to a week-long festival of cinema.

In 2012, the Sedona International Film Festival built and opened its Mary D. Fisher Theatre — a year-round arthouse theatre venue — to continue and expand its mission and to contribute to the cultural fabric in Sedona.

The festival — now a 9-day, world-renowned event — has become a jewel in the crown of Sedona’s cultural life and the largest single event in the community.

Celebrating Independent Film
Our main event — the nine-day Sedona International Film Festival — takes place the last week of February each year. We feature premieres of more than 160 independent films from around the world, Q&A discussions with filmmakers, free workshops, seminars and panel discussions, and much more. We have several successful tracks of films running during our festival: the Children/Family Film Series, the Classics Series, the Native American Film Series, the Sedona Green Sustainable Film Series, our World Cinema Showcase and our “Docs that Make a Difference” Series that turns movies into motivation and art into activism. Our festival gains popularity every year and has seen a significant increase in attendees since its inception.

The Cultural Heart of Sedona
Our own arthouse theater venue — the Mary D. Fisher Theatre — has become the cultural heart of Sedona. We offer daily programming all year long and present at least two new independent films each week along with several special alternative content events. These include the Met Live Opera productions; Ballet in Cinema (with big-screen, high-definition productions from the Bolshoi Ballet, Royal Ballet, the Lincoln Center and many others); the National Theatre of London; West End and Broadway Theatre productions; Shakespeare productions from the Globe Theatre, Royal Shakespeare Company and Stratford Festival; Art & Architecture in Cinema Series; simulcast events; symphony simulcasts; live theater; and musical productions. Our theatre has become a hub of cultural activity in Sedona, featuring something new and exciting every week. We have even ventured into live theater with small theatrical productions and touring shows that are coming through Sedona, as well as acts from Las Vegas, Los Angeles and New York.

The festival and the Mary D. Fisher Theatre have enhanced the quality of life for Sedona area residents and visitors by a rich, diverse slate of offerings on a daily basis. Audience members experience the world without ever leaving Sedona! One any given week, one might experience a ballet from Moscow, a theatrical production from London, an art exhibition on screen from Milan, an Opera from New York’s Met, a French film and more — a trip around the globe from the comfort of their theatre seat!